The coal-fired chain grate boiler produced by ZBG adopts advanced manufacturing technology, the grate is reasonable in distribution, the combustion chamber is large, and the coal type has strong adaptability. It is suitable for all kinds of bituminous coal, anthracite and mixed coal, so that all kinds of coal can be fully obtained. Burning. The thermal efficiency of the boiler can be as high as 85% or more, and the effect of smoke and dust removal is also very good. The water cycle is simple and safe to use. Lump stoker grade coal is fed from the coal bunker to a hopper and metered by the stoker feeder onto the boilers moving grate. The coal is suspended on the moving grate and burns with air fed from below until combustion is completed. The coal ash drops from the front of the grate into an ash pit below the grate. 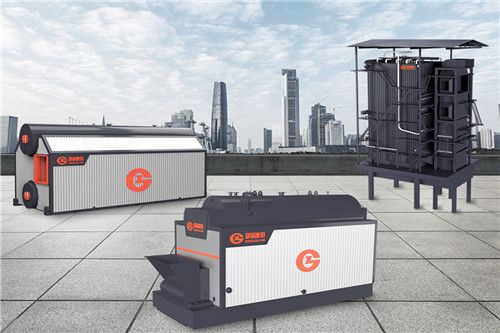