On 15th Dec 2016, Mr. Cui, the CEO of ZBG company, joined the contract-signing ceremony of major projects, hold by provincial government. Our new factory will be located in National Independent Innovative Demonstration Zones of Zhengzhou, Luoyang and Xinxiang cities. 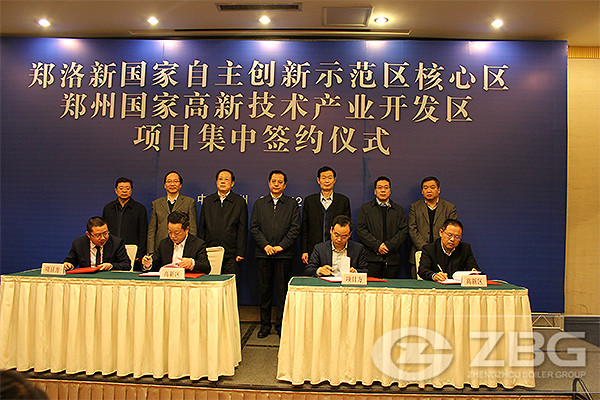 The National Innovation Demonstration Zone program was established by the central government to promote independent innovation capability, strengthen industrial competitiveness and enhance the role of high-tech parks in guiding regional development. The demonstration zones are given favorable policies, then required to lead the way in areas such as technology transfer, share option incentive schemes and technology finance.
Our news factory will increase five times on its scale, most production equipment will be updated, and new intelligent controller for boiler will put into practice. Shorter production cycle and faster delivery will come true.