How to Prevent Explosion of Circulating Fluidized Bed Boiler?

1. When the fire is raised, the induced draft fan must be started for ventilation for 5 minutes before starting the blower to ensure that the flammable gas accumulated in the furnace is discharged and prevent the fire from being encountered.

2. The coal feed must be stopped first when the boiler is compressed. When the bed temperature tends to be stable or has a slight downward trend, stop the blower again to prevent too much coal in the bed material after compression, which generates a large amount of combustible gas and dry coal powder.

3. After the fire is pressed, try to avoid fuel entering the furnace before starting the fire. Do not give the fuel first and then start the fan when the fire is raised.

4. When there is too much ash due to return material clogging during operation, the ash will be discharged through the ash discharging system. 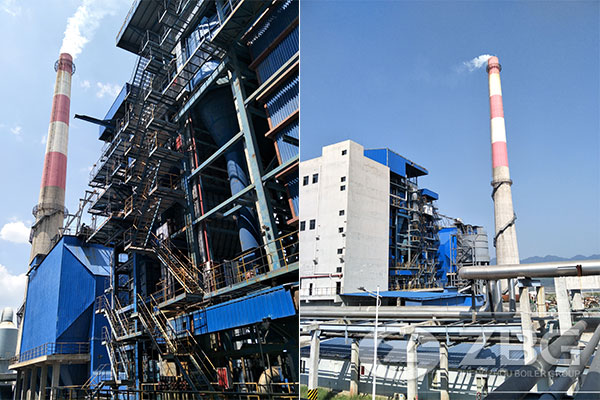 5. If the oil gun extinguishes fire during the ignition process, the oil valve should be closed first, and the fan should be ventilated for 5 minutes before re-ignition.

8. If the flue gas temperature is found to be abnormally increased, the combustion adjustment should be strengthened to adjust the air-to-coal ratio to an appropriate range; if it is caused by the ash clogging of the return device, the ash clogging in the return device should be cleared immediately; If the combustibles in the flue reburn and the exhaust gas temperature exceeds 300℃, it should be treated immediately by pressing the fire, and all pedestrian doors and baffles should be closed tightly, and ventilation should be prohibited. Then put a fire extinguishing device in the flue or use steam to extinguish it. When the flue gas temperature returns to normal, it can be stabilized for a normal time, and then open the manhole to check, confirm that there is no fire source in the flue, and ventilate through the induced draft fan for about 15 minutes before starting the boiler.