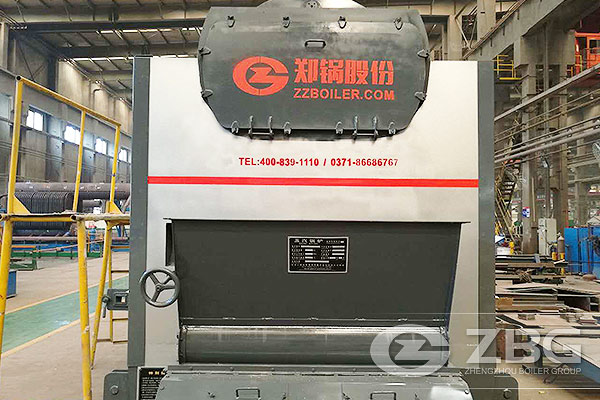 Boiler horsepower(BHP) - was used to rate the capacity of a boiler to deliver steam to steam engines.

The term originally related to the quantity of steam necessary to operate a one horsepower steam engine. Due to variations in engine efficiencies, this quantity of steam was itself a variable. Tests conducted in 1876 on a modern (for the time) steam engine determined that it took approximately 30 pounds of steam per hour to produce 1 horsepower (mechanical) of work. In 1889 the American Society of Mechanical Engineers (ASME) standardized the term “Boiler Horsepower” as being based on a conventional steam engine steam rate of 30 pounds of steam per hour (PPH) at 70-psig pressure and feedwater of 100 degrees F. This definition was later modified to: “Boiler Horsepower = the unit of capacity expressed as equivalent evaporation of 34.5 pounds of water per hour from and at 212 degrees F (33,475 Btu per hour.)”. BHP is still used to measure boiler output in industrial boiler engineering in North America. One Boiler Horsepower (1BHP) is equal to a bolier thermal output of 33 475 BTU/h (British Thermal Units per Hour) or 9.81055407 kW (Kilowatts). This is the energy rate required to evaporate 34.5 lb (pounds) or 15.648936765 kg (kilograms) of fresh water at 212 °F (degrees Fahrenheit) or 100 °C (Celsius) in one hour (1h).

Boiler horsepower was used in USA, Australia, and New Zealand and have been calculated in different ways.
PBoHP = A / k
where
PBoHP = boiler horsepower
A = heat transfer area (ft2)
k = standard area (ft2)