SZS series water tube boiler can burn gas and oil fuels, coal gas also including. Coal gas is a flammable gaseous fuel made from coal and supplied to the user via a piped distribution system. Natural gas transmitted into burner, fires into chamber, and transferring energy fuel into heat power within three passes. 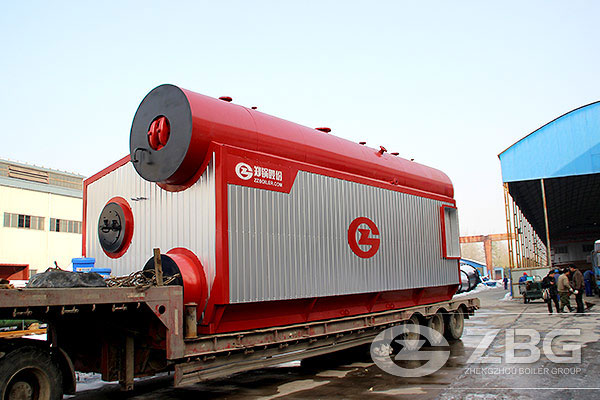 Coal gas contains a variety of calorific gases including hydrogen, carbon monoxide, methane and volatile hydrocarbons together with small quantities of non-calorific gases such as carbon dioxide and nitrogen.
Rather than burning coal directly, gasification (a thermo-chemical process) breaks down coal - or virtually any carbon-based feedstock - into its basic chemical constituents. In a modern gasifier, coal is typically exposed to steam and carefully controlled amounts of air or oxygen under high temperatures and pressures. Under these conditions, molecules in coal break apart, initiating chemical reactions that typically produce a mixture of carbon monoxide, hydrogen and other gaseous compounds.
Gasification, in fact, may be one of the most flexible technologies to produce clean-burning hydrogen for industrial usage. Hydrogen and other coal gases can also be used to fuel power-generating turbines.
For further information about our SZS series coal gas fired water tube boiler, please contact with our consumer service.