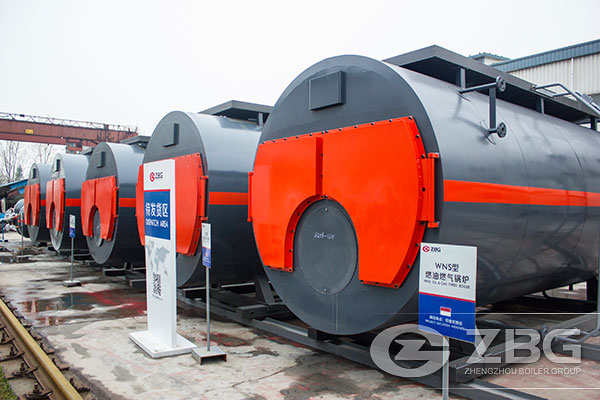 Methanol fired boiler is cost-efficient oil fired boiler, that may assist in saving your money in new boiler purchase. Methanol fuel is a kind of new and clean fuel to be used instead of diesel, additive and diesel at certain ratio. It is mainly used in industrial boilers, steam boilers of power plant, furnaces of ceramics factory, burners of hotel use and civilian ovens, which is also called fuel oil.

The chemicals industry hosts even more boilers than the food industry. While chemical manufacturers primarily relies on natural gas, it also makes use of diverse chemical byproducts that can be used as fuel, such as methanol steam boiler.
Zhengzhou Boiler Co., Ltd is a large-scale industrial group mainly specialized in industrial boilers and pressure vessels business, and also covers some other relevant businesses such as boiler auxiliaries, boiler installation, boiler operator training and so on. ZBG environmentally friendly methanol boiler will play an important role on improving the abnormal structure of energy using and easing haze crisis. If you want to know more information about methanol steam boiler for chemical plant, please feel free to contact with us.